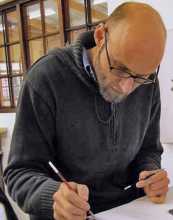 The South African artist Anton Kannemeyer grew up in Cape Town, and studied graphic design and illustration at the University of Stellenbosch, then took a masters degree in illustration after graduating. He and his fellow artist Conrad Botes were the cofounders and co-editors – under the names Joe Dog and Konradski – of the Bitterkomix series, which started in 1992 and quickly became known for its subversive stance and dark humour. With Botes, Kannemeyer has been at the forefront of introducing a comic and satirical aesthetic to South African art. 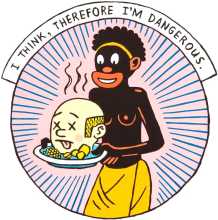 In addition to Bitterkomix, since 2005 Kannemeyer has been working on his Alphabet of Democracy series, chronicling the absurdities of life in democratic South Africa. Stemming in part from his complicated relationship with his own Afrikaner heritage, his imagery subverts the narrative, history, and myth of the ‘rainbow nation’ with barbed humour and critique, while revealing the continued existence of racism and double standards. 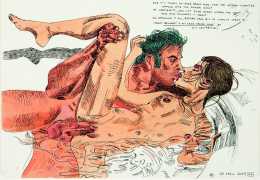 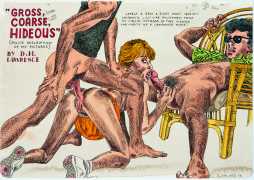 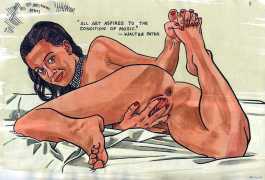 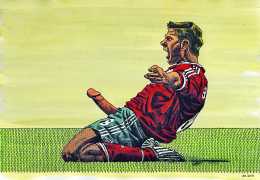 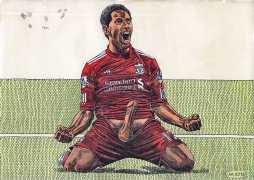