The French village of Barbizon, on the edge of the forest of Fontainebleau south-east of Paris, became well-known in the art world of the mid-nineteenth century, giving its name to the Barbizon school of painters, an art movement emphasising realism in art which arose in the context of the dominant romantic movement of the time. Active from the 1830s until the early 1870s, several important artists of the period established their studios in the area, including Théodore Rousseau, Charles-François Daubigny, Jules Dupré, Constant Troyon, Charles Jacque and Narcisse Virgilio Díaz.

Half a century later, the artist Daniel Rouvière had the good fortune to grow up in Barbizon, eventually establishing a new school and gallery of Barbizon painting in the village which gave it its name. Rouvière was a colleague of fellow artists Lucien Fontanarosa, Yves Brayer, Jules Cavaillès and André Planson, and was close friends with the writer and art critic André Billy. He studied with teachers including Maurice Testart, René Xavier Prinet, Gaston Billoul and Jean de la Houque. His speciality was paintings of rural scenes, depicted in a  trademark colourful, realistic style.

Rouvière started exhibiting in 1933 with the Salon de la Société Nationale des Beaux-arts (Salon of the National Society of Fine Arts), and exhibited regularly until the 1980s. Together with Roland Arribas (1922–86), Rouvière founded an art school, Art et Nature, in Barbizon in 1972, and maintained a very close friendship with the younger artist Jacques Malvestio (1949–), who continued Rouvière’s work with Art et Nature. 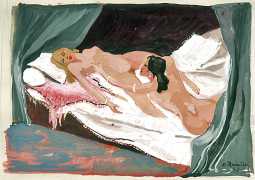 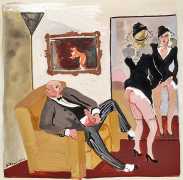 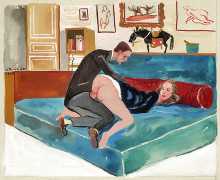 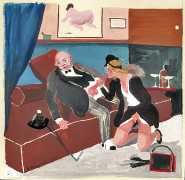 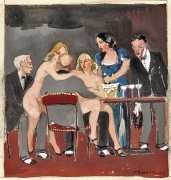 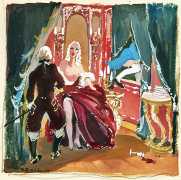