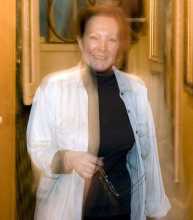 Through the 1980s and 90s her paintings were regularly exhibited at the Salon d’Automne, the Salon des Indepéndentes and Comparaisons. Then in the late 1990s it seems that something major shifted in her emphasis, which may have been to do with her personal life but was certainly assisted by new commercial opportunities. In 1997 sex came to the city in the form of the Musée de l’Érotisme, and her work had a new showcase. 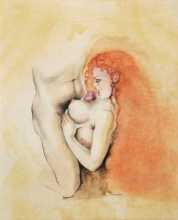