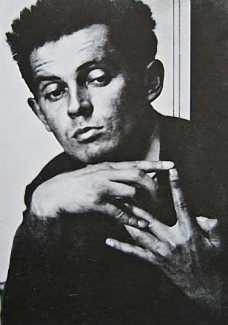 It is hard to talk about Egon Schiele and the power of his work without telling the story of his intriguing life. A reserved and shy child, he developed an early interest in sketching, and at sixteen enrolled at the Vienna Academy of Fine Art, the youngest student ever to enrol there. The conservative artistic style of the Academy did not suit him, however, and together with a group of other dissatisfied students he left in 1909 to form the avant-garde Neukunstgruppe (New Art Group). It was about this time that he started developing his extraordinary approach to the naked human body, which was not unrelated to his exploration of his own sexuality.

Egon Schiele quickly acquired a reputation as a womaniser. Wherever he went, and he moved around Austria several times, he caused controversy related to both his art and his relationships. Some of his most striking paintings feature his seventeen-year-old lover Wally Neuzil, with whom he spent some time in the small town of Český Krumlov, his mother’s birthplace. Its residents did not approve of the couple’s lifestyle nor of his alleged employment of teenage girls as models. As a result they moved to Neulengbach, only to be arrested for seducing a young girl below the age of consent. These charges were dropped, but Schiele spent three weeks in prison for exhibiting erotic drawings, many of which were confiscated by the police for indecency. In 1914 he married Edith Harms, which coincided with a more mature and realistic painting style. 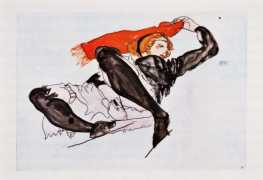 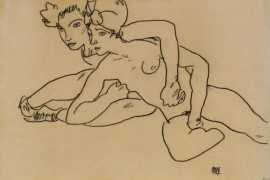 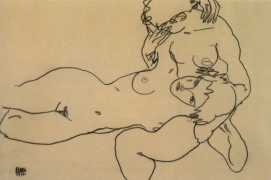 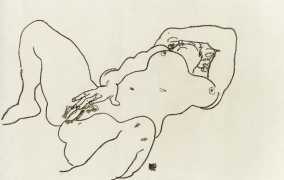 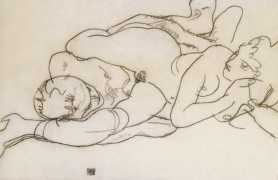