The talented artist and printmaker Franz Christophe was born into a French emigré family in Berlin, which moved to Munich when he was a child. After leaving school he worked as a self-taught draftsman and illustrator, first in Munich and then in Berlin. His distinctive detailed linear style was ideally suited for newspaper and magazine reproduction, and from 1907 onwards he contributed illustrations to a wide range of publications, including Die Jugend, Simplicissimus, Das Narrenschiff, Der Amethyst, Lustigen Blätter and Der Welt Spiegel. He illustrated books including Franz Blei’s Blühende Garten des Orients (Blooming Garden of the Orient) and Die Puderquaste (The Powder Puff). He became a member of the Association of German Illustrators in 1908, exhibiting his works at the Berlin Secession and at the Great Berlin Art Exhibition. A versatile artist, he also worked with ceramics and even appeared on stage as a small-part actor.

As he and his audience have often noted, Aubrey Beardsley's influence is unmistakable in both Christophe’s drawing and many of the subjects chosen. He deliberately kept his lines simple, almost naive, spurning any painterly extravagance, and loved adding detail, so each image can be enjoyed at many levels. When he coloured his prints, he used subtle pastels so as not to detract from the strong lines of the underlying print. In many ways he was an experimental artist, trying out techniques and subject matter, often with a witty subtext, which makes much of his work appear quite advanced for its time. 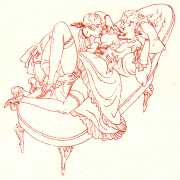 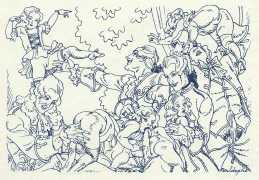 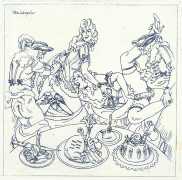 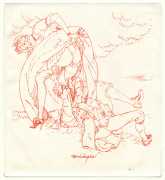 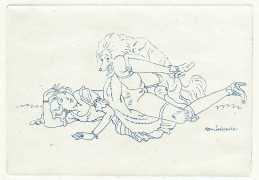 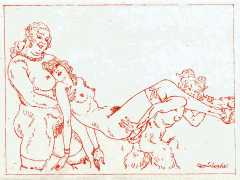 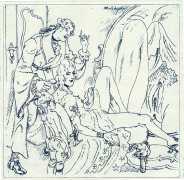 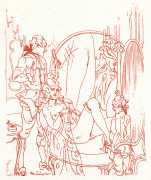 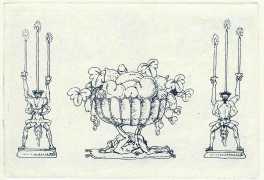