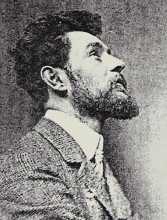 The German graphic artist, architect, typographer and product designer Friedrich Wilhelm Kleukens is considered by many to be one of the leading lights of the Darmstadt secession style in the period between 1900 and 1918, mirroring in Germany the aims and aspirations of the British Arts and Crafts Movement. He designed bright interiors, colourful mosaics and modern typefaces, and was in many ways a bridge between nineteenth-century classicism and 1920s modernism.

Kleukens grew up in Achim, a town near Bremen in northern Germany, and completed an apprenticeship as a draftsman in the studio of the Bremen silver goods factory Wilkens & Söhne. He then attended the Unterrichtsanstalt des Kunstgewerbemuseums (Teaching Institute of the Royal Museum of Applied Arts) in Berlin, where he met fellow designers Fritz Helmuth Ehmcke and Georg Belwe. Together they founded the Steglitz Workshop for Arts and Crafts in 1900.

From 1903 to 1906, Kleukens taught at the Leipzig Akademie für Graphische Künste und Buchgewerbe (Academy for Graphic Art and Book Design), and in October 1906 became a member of the Darmstadt artists’ colony. In 1907 he received the commission for a series of mosaics for the wedding tower of Darmstadt’s Mathildenhöhe church, which include what is probably his best-known work, a pair of kissing angelic lovers.

This was a busy and productive period for Kleukens. He was appointed artistic director of the Ernst Ludwig Presse, which had been founded by the arts-loving benefactor the Grand Duke Ernst-Ludwig of Hessen-Darmstadt. Kleukens ran the press with his brother, the printer and typographer Christian Heinrich Kleukens, who had previously managed the print shop in the Steglitz workshop. As one of the first German private presses, the Ernst Ludwig Press followed English models of the Arts and Crafts Movement such as the Kelmscott Press and the Doves Press. After only three years, the press won the Grand Prix at the Brussels World’s Fair of 1910.

Book publisher, poster artist, typeface designer, Friedrich Wilhelm Kleukens continued to be an important figure in the world of book design for the rest of his working life, setting up the Ratio Press in 1921 and working with the Stempel type foundry to create a large range of new typefaces. In 1930 he moved with his family (his wife Pauline and daughters Ingeborg and Helga) to Cala Rajada on Mallorca, but the Spanish Civil War forced them to leave Mallorca and return to Darmstadt in 1936. During the Second World War he mainly worked as an industrial draftsman. Sadly he lost all his belongings in an air raid in September 1944, and a short time afterwards his office at Stempel was also destroyed. The family moved to Nürtingen near Stuttgart, where Friedrich Wilhelm attempted to make a new start as a freelance graphic artist, but times had moved on and he was no longer able to build on his earlier successes. 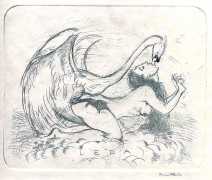 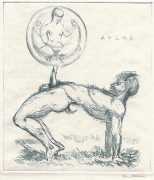 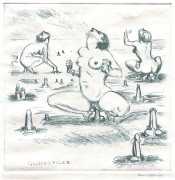 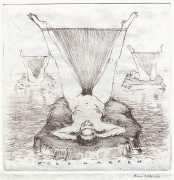 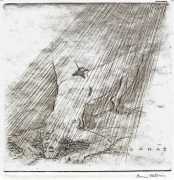 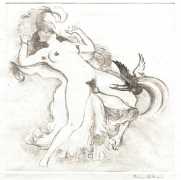 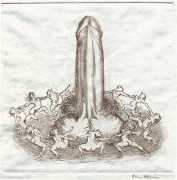 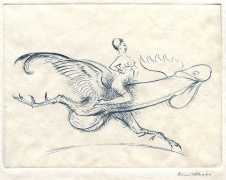