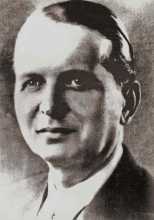 Jean Berque grew up in Reims in north-eastern France, where his middle class childhood was spent in an environment favourable to the development of artistic activities, including his mother’s music room and the sculptures of his older sister, Andrée. Watercolours produced during his tenth year testify to the influence of the trips he made with his parents to the French Riviera and Italy. In 1916 he left Reims for Paris, and enrolled at the Paul Ranson Academy, where he was a pupil of Félix Vallotton, Maurice Denis and Paul Sérusier.

In September 1920 he married Raymonde Thorel; they had two children, and travelled extensively in Morocco, Italy, Spain, and the south of France; during this period it was Berque’s stylised landscapes that drew most critical attention. In 1922 he became one of the first members of the Reims Union des Arts Decoratifs; as part of the city’s post-war reconstruction he designed and created a set of Stations of the Cross for the new Saint-Nicaise church. Now established as an important artist, his paintings were exhibited at major exhibitions in Paris along with those of Aristide Maillol, Théo Van Rysselberghe, Paul Sérusier and Félix Vallotton. 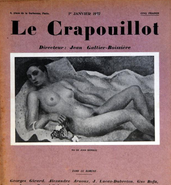 Interestingly his subject matter during this period expanded from landscapes and spiritual subjects to the human figure; from 1926 onwards his nudes began to attract as much attention as his other work. One of his nudes was featured on the January 1927 cover of the monthly art magazine Le Crapouillot, resulting in it being banned from display in Parisian kiosks. In May 1931 Berque exhibited fifty-one paintings at the Renaissance Gallery in Paris, described in the catalogue as ‘mostly nudes, isolated or grouped, robustly painted and featuring a beautiful model’.

In 1925 Berque had received his first book illustration commission, for an edition of Rabindranath Tagore’s verses, and from 1930 to 1939 he illustrated works for Gonin, either for Philippe Gonin in Paris or for the Gonin brothers, Philippe and André, in Lausanne.

By 1943 several parallel developments had coincided in Jean Berque’s career and personal life. He had met two important women, the novelist Colette, who became an important friend and muse, and his future second wife Germaine Kohn; divorce from Raymonde in July was quickly followed by marriage to Germaine in November. The couple participated actively in the Resistance, welcoming officers from the British Special Operations Executive to their homes. Their son was born on Victory Day, 8th May 1945.

It was in the early 1940s that Berque also discovered, or maybe rediscovered, Pierre Louÿs, and the freedom of expressing sexual intimacy in words and illustration. After years of illustrating ‘safe’ texts, his first Louÿs commission came in 1943 for sixteen drawings for Dialogues, followed in the mid-40s by another private press commission for one of Louÿs’ most transgressive texts, Trois filles de leur mére. It is tempting to see a direct connection between Berque’s new relationships and his exploration of explicit sexual imagery.

Having been discovered as an illustrator of Louÿs, Jean Berque was commissioned by the mainstream publishers Lallemand and La Bonne Compagnie to illustrate (in a more restrained fashion) the safer and more commercial Louÿs works, Les chansons de Bilitis in 1946 and Aphrodite in 1951. 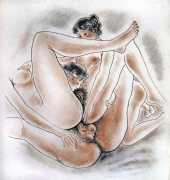 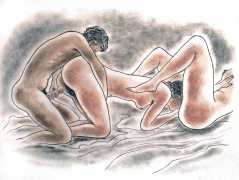 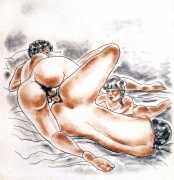 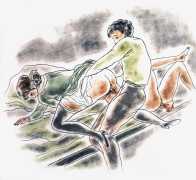 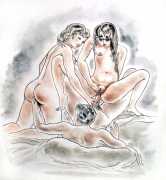 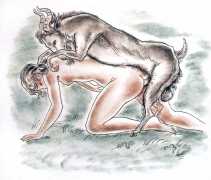 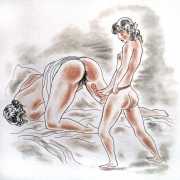 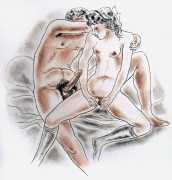 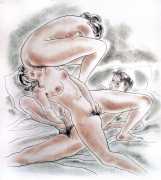 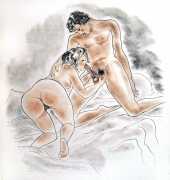 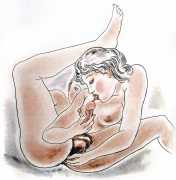 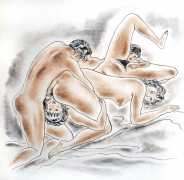 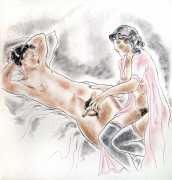 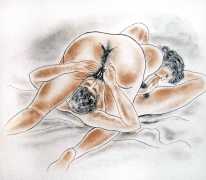 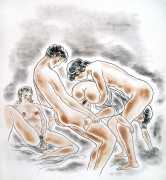 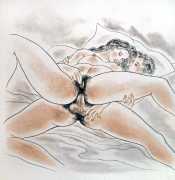