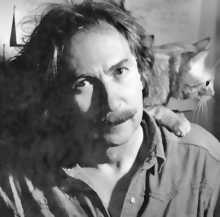 The French illustrator and cartoonist Jean-Claude Forest grew up in Le Perreux-sur-Marne, an eastern suburb of Paris. He graduated from the Ecole Supérieure de Design (College of Design) in Paris in 1953, and immediately began working as an illustrator.

Forest became world famous when he created the sci-fi strip Barbarella with its scantily-clad heroine, which was originally published in France in V Magazine in 1962. The strip was an immediate bestseller, made into a book, and was soon translated into a dozen languages.

Jean-Claude Forest created many other cartoons and comic books, also writing scripts for comic strips and for French television. He was awarded the Grand Prize at the 1984 Angoulême Comics Festival. 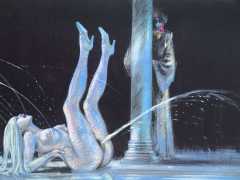