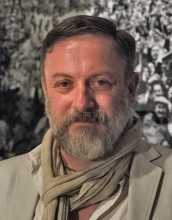 The German artist Johannes Spehr is known for his complex paintings of imaginary-but-almost-possible worlds which fascinate in their complexity and intricacy. He grew up in Schotten, a small town north-east of Frankfurt am Main, and from 1986 to 1992 studied at the Städelschule in Frankfurt. In 1996 he received a travel grant from the Hessische Kulturstiftung Wiesbaden, and in 1997 was awarded the Max Pechstein Prize of the City of Zwickau. He has since received grants from the Kunstfonds Bonn and Hessische Kultur. In 1999 he won the Cologne Ars Viva Prize for his work.

In Spehr’s colourful compositions the most diverse and chaotic group scenes are depicted, which often have neither a temporal nor a content-related context, but offer us experimental arrangements of people mixing together. What is this strange community that builds its living quarters under the earth? And what is that masked group fighting for? Are the children taking over power in this city of ruins? Spehr is an enthusiastic storyteller who tells of a world that has gone off the rails, confused and disturbed, a world in which we find important links to our own world, with all its ruptures, crises and incomprehensibility. In exaggerating different aspects of human behaviour, Spehr succeeds in sharpening and questioning our sense of our own hopes, fears and anxieties. 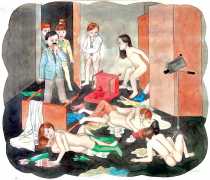 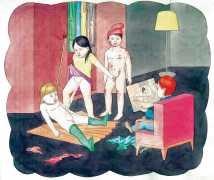 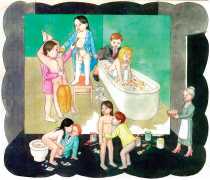 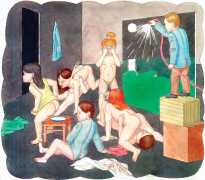 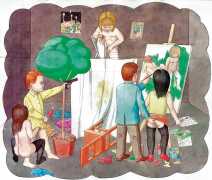 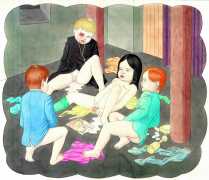 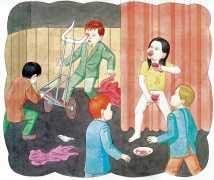 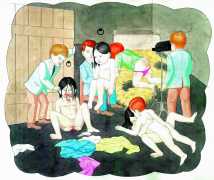