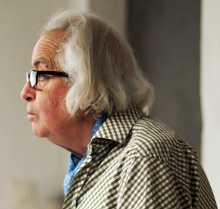 Jorge José Castillo Casalderrey was born in Pontevedra in the Spanish province of Galicia, but when he was a baby his family emigrated to Argentina for political reasons, and he spent his childhood and youth in Buenos Aires. After taking part in a competition in 1941 heo was admitted to the École des Beaux-Arts in Buenos Aires, but left because he did not agree with the way it worked. In 1948 he began an apprenticeship in technical drawing, and his acquaintance with the Argentine Surrealist Raquel Forner led to a close collaboration of the two artists.

In 1955 Jorge Castillo returned to Spain, where he first lived in Madrid. During that time he worked on Surrealistic ink drawings and gouaches, which he presented in his first exhibition at the Galería Altamira in Madrid in 1959.

In the early 1960s Castillo moved to Barcelona, followed by a two-year sojourn in Paris. With a move to Geneva in 1966 he had the opportunity to work with printed graphics, and his work in Geneva was interrupted by long summer sojourns to Boissano on the Ligurian coast. His most important etching sequences such as ‘El Mundo de Frederico García Lorca’ (1972) and ‘Grands Amants’ (1973) were produced during the subsequent years. After an incident with an American nuclear bomb above the Spanish village of Palomares, the artist was inspired to produce a monumental triptych composition, which brought him international recognition. Since the early 1980s Castillo has lived in New York.