Julius Klinger is considered by many to be one of the most important names in early twentieth-century poster and advertising design. His striking, spare, tight, colourful designs contrasted sharply with the ornate productions of the late nineteenth century, and set down many of the principles still used today. But he was not just a poster designer; he was also an excellent draftsman, illustrator, commercial graphic artist, typographer and writer.

Klinger was born in Dornbach near Vienna, and significantly chose to study at the Technologisches Gewerbemuseum (Technical Trade School) rather than the more prestigious Kunstgewerbschule (School of Arts and Crafts) or the Academy of Fine Arts. In 1895 he found his first employment with the fashion magazine Wiener Mode, where he made acquaintance with Koloman Moser, who became his main teacher; it was through Moser that Klinger became aware of the budding movement known as the Vienna Secession. Moser’s influence is clearly evident in Klinger’s early pen and ink illustrations and poster designs, with flat fields of pattern and colour, decorative borders and frames, and Secession-style typography. Pattern design in particular began to play a central role in Klinger’s highly detailed illustrations for Deutsche Kunst und Dekoration and Lustige Blätter. Despite their abundance of detail, Klinger’s balance of intricate detail and negative space, geometric pattern and gestural line, all demonstrate his gift for restraint that the Jugendstil movement so often lacked. Moser recommended Klinger to the Munich Meggendorfer-Blätter, and from 1897 to 1902 Klinger was also a collaborator in the ground-breaking Jugendstil magazine Die Jugend.

In 1897 Julius Klinger moved to Berlin, where until 1915 he worked extensively as a commercial graphic artist. Together with the printing house Hollerbaum und Schmidt, he developed a new trend in functional poster design that soon gained him international reputation. In 1912 he designed the poster for the Rund um Berlin air show in Johannisthal. In Berlin he also contributed to satirical magazines including Das Kleine Witzblatt, Lustige Blätter and Das Narrenschiff.

Being of Jewish descent, Klinger suffered from national socialist harassment after 1933. According to Viennese police records, he was registered as being moved to Minsk on 2 June 1942, where he was killed less than a week later. 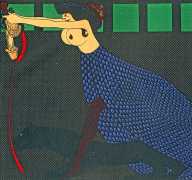 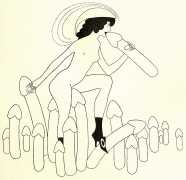 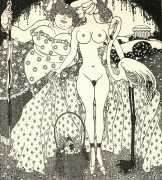 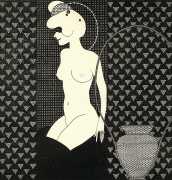 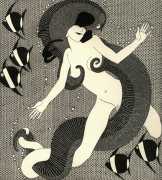 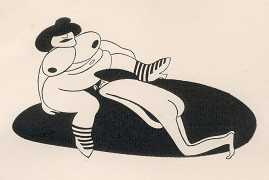