Leo Impekoven was first and foremost a man of the theatre, and based in Berlin at a time when theatre was being transformed from nineteenth-century weariness to twentieth-century modernism he was in the right place at the right time.

He grew up in Cologne, but after he left school at he age of sixteen, he headed first for the Kunstschule (Art School) in Bonn, and then for Berlin, where the family firm of Obronski & Impekoven was based, specialising in costumes and props for the theatre. Obronski & Impekoven subsequently formed the costume rental company Germania, and in 1907 Leo became the artistic director of the costume rental company Theaterkunst.

By his late twenties, Leo Impekoven had become one of Berlin’s most sought-after stage designers, creating sets for major productions of Wagner and Shakespeare. The modernist emphasis on creating an evocative milieu, rather than just a decorated stage, found its first full expression in Max Reinhardt’s staging of Maeterlinck’s Pelléas und Mélisande , which opened in April 1903 at the Neues Theater. The artist Lovis Corinth designed the costumes for the play, and Leo Impekoven the stage sets. That Corinth and Impekoven successfully transformed the naturalistic stage into an instrument of greater expressive force is suggested by Carl Niessen’s contemporary observation on the scenery: ‘Just as in Maeterlinck’s poetic world reality lies behind things and can only be imagined with apprehension and longing, so a mysteriously threatening darkness emanates from the slender grey trees of the on-stage forest’.

Leo Impekoven’s design skills went beyond theatre, however; he was also a talented graphic designer. Among his commissions were a series of army recruitment posters in 1914, ceramics designs, and lithographs. Though he never had children of his own, he was particularly fond of his niece Luise, daughter of his playwright brother Toni. Luise (1904–2002), better known as ‘Niddy’, became a famous dancer and actress in the 1920s, and Leo produced a portfolio of drawings of her which was published by the Berlin publisher Reiss. 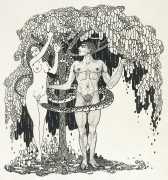 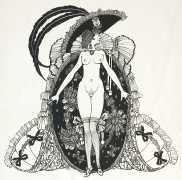 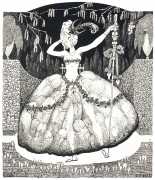 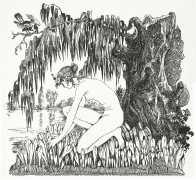