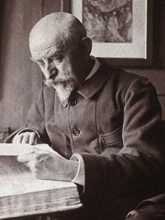 Manuel Orazi, who was born in Rome but spent all of his adult life in Paris, was a talented artist, designer and illustrator who developed the secessionist, jugendstil, symbolist style of his mentors like Alphonse Mucha into a wide range of artistic endeavours. He is best known for his theatre posters of the 1890s, advertisements for Paris stores like La Maison, and latterly for the stage designs for the first film version of Atlantis, adapted from the 1919 novel by Pierre Benoit and directed by Jacques Feyder. He even designed a set of art nouveau combs for Tiffany. 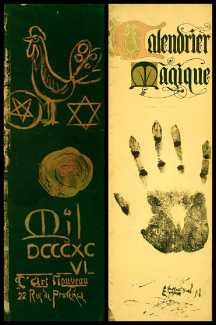 While most of his illustrative work was posters and advertising, where there was a subject that attracted him (and especially where there was a commission) he also enjoyed working on book illustrations. An early work, which also shows his deep interest in the occult, was the strange 1895 production, Calendrier magique, a calendar composed of double pages, each dedicated to a month of the year and presented as a kind of pagan-style almanac. It was published by Bing, owner of the  Maison de l’art nouveau, in a numbered edition of 777 copies – another deeply significant touch.

Staring in the late 1890s Manuel Orazi illustrated several books, all with a rather morbid theme, starting with Ma petite ville (My Small Village) by Jean Lorrain in 1898, followed by Névrose (Neurosis) by Emile Morel in 1904 and La morphine: vices et passions des morphinomanes (Morphine: the vices and passions of morphine addicts) by Victorien Du Saussay in 1906. 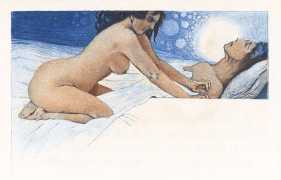 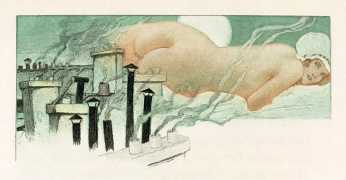 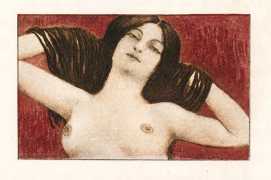 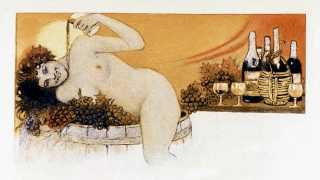 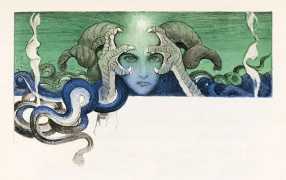 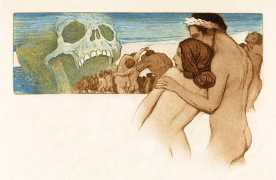 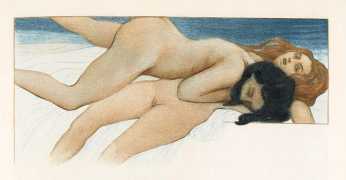 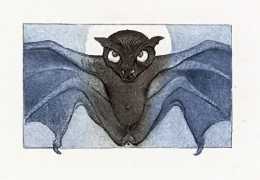