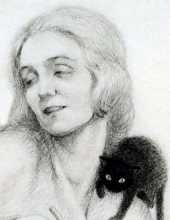 Like so many women artists, the Hungarian Margit Gaál has disappeared into history with almost no trace beyond the few works of hers to survive. She grew up in Uzhhorod, now in western Ukraine but when she was young was in Austro-Hungary and called Ungvár. She showed an early aptitude for art, and studied in Budapest at the Magyar Képzőművészeti Egyetem  (Hungarian College of Fine Arts) with the artist Oszkár Glatz.

The rest of her life has to be pieced together from various genealogical sources, not helped by the fact that Gaál is a common Hungarian family name, the Hungarian Historical Directory of Artists listing no fewer than seventeen Gaáls. We believe that she married János Mészáros in around 1930, and six years later had a son, János Béla. Her death date is uncertain, but a likely match for her name is recorded as dying in 1965, so we have given that. 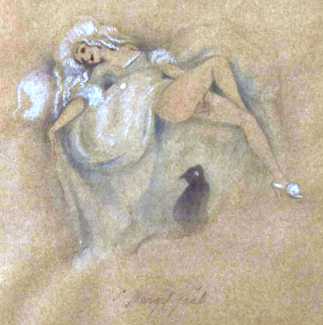