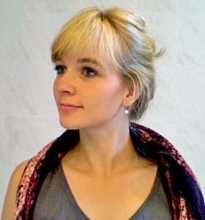 Marion Fayolle, the youngest illustrator on our website, grew up in the Ardèche in southern France and studied for five years at the School of Decorative Arts in Strasbourg, where she specialised in illustration. Her graduation project was an illustrated narrative called L’homme en pièces (The Human in Pieces), which was published in book form by Éditions Michel Lagarde in 2011.

Her style is disarmingly simple, yet each image carries a powerful set of connections and ideas. As she writes of her work ‘Things are written through drawing: I mentally project the images, not the words. The narration flows in the form of an improvisation. I perform the scene myself to find out what happens next. I imagine myself as a woman-cage, as the wife of a foldable husband, as the mother of a child that grows when you water it like a plant, or as a woman with a skirt that is a tent under which men can rest quietly. Becoming the character allows me to think of the narrative, not by writing it, but by living it, mimicking it, visualising it.’ 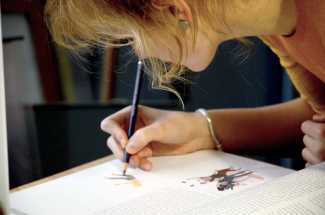 Most of her work concentrates on the relationships of people with themselves, each other, and everyday objects; we include her work here because in Les coquins (The Rogues) she explicitly explores sexual, or more correctly sexualised, relationships. 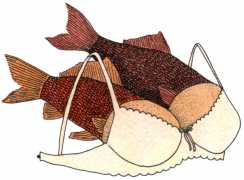 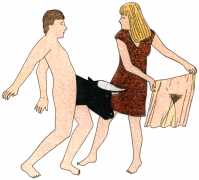 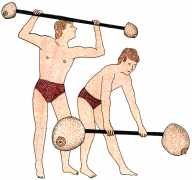 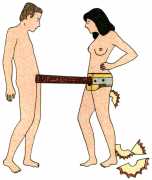 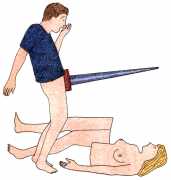 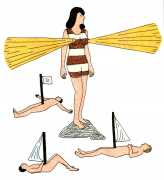 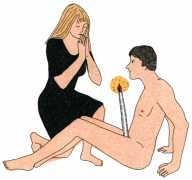 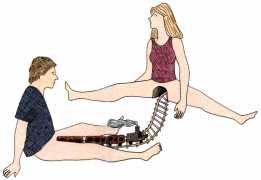 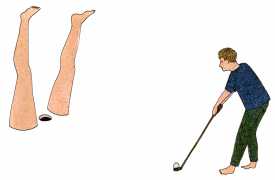 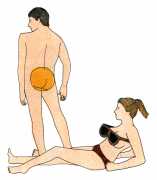 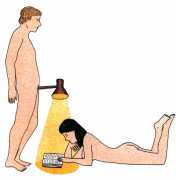 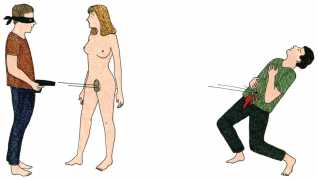 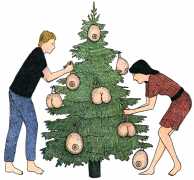 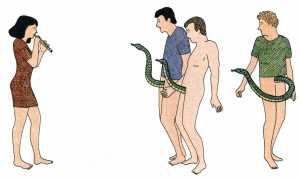 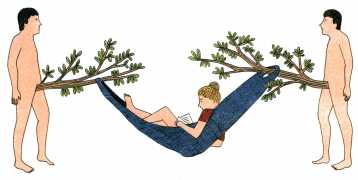 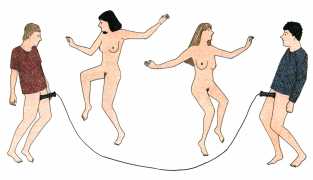 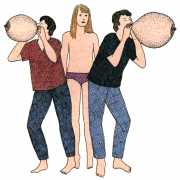