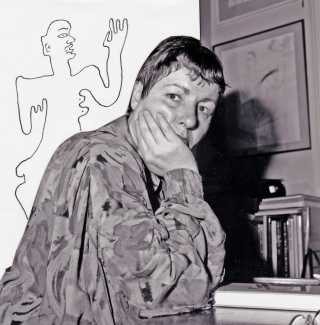 Schizophrenia is a mental health condition that most people, if they think about it at all, associate with hearing voices. But people with schizophrenia find ‘the real world’ difficult to relate to in many ways, and attempting to bridge the almost-insurmountable gap between inner and outer worlds can result in a wide range of ‘symptoms’ including severe depression, difficulties with speech, and issues around expressing emotion. While it can be frightening, schizophrenia is a condition that can managed and lived with, and creating art is sometimes a crucial way of making sense of the world – even for someone who might spend long periods in a mental hospital. Artists who have been diagnosed with schizophrenia include Salvador Dali, Richard Dadd, Camille Claudel, Louis Wain and Agnes Martin.

The German artist Martina Kügler was among this creative band, and her inclusion here results from her quest to seek understanding of the world through overtly sexual imagery. She was born in Schreiberhau in Silesia, but when she was a baby her mother took her to Frankfurt-am-Main, where for much of the time until her mother’s death in 2002 they shared an apartment; after that she lived alone. Martina received her academic training at the Städelschule in Frankfurt, but before that she had completed an apprenticeship as a colour lithographer. Diagnosed with schizophrenia in her early twenties, the first of several compulsory admissions to a psychiatric hospital came in 1967.

Martina Kügler lived isolated from the world, keeping in touch with just a few friends. Drawing and painting was her sole purpose in life, and by the time she died she had produced a massive amount of work, amounting to more than 30,000 drawings and some 300 large-format paintings. Martina drew as if it were her life, literally for her life, driven by the distress of her soul. Occasional exhibitions allowed a small glimpse into her world, and a few champions of her work including the sociologist and collector Hans-Jürgen Döpp created a route for her art into the world through publications and a website.

Here is what Hans-Jürgen Döpp has written about Martina Kugler’s work:

In schizophrenia the world breaks, the ego breaks. The pen becomes a magic tool to create a demarcation line between the inside and outside world, to banish chaos. Martina draws the rope, so to speak, with which she pulls herself out of the swamp.
Martina’s figures have no rigid boundaries: figures overlap and double, body areas tilt from concave to convex; outside and inside diffuse constantly, what is contoured dissolves again.
Each pencil stroke is like a nerve fibre that leads directly into the interior of a sore heart. The pencil became an alchemical wand for her – what was a suffering for her turned into the most beautiful blossoms of art for us. Her art leads us into a world behind the world that is visible to us, an unreal world that unconsciously resonates with something in us, and thus shows us that her world is not entirely alien.
In terms of art history, Martina’s work would be somewhere between Surrealism and Art Brut, but neither term does it justice: she has outgrown Art Brut through her academically trained hand, while Surrealism remains in the world of real things in alienated, unfamiliar contexts.
Martina’s figures come from their own transcendent world. If art has to do with sublimation, then schizophrenia in her work blooms into the most beautiful transformations. Most of us live in the real world, the ‘world of usefulness’ as Bataille calls it; Martina's world is the world of the unreal, the ‘impossible’. Her artworks expand our vision, providing information not only about ‘the source of art’, but also about ourselves.

It might be said that sexual imagery was one of Martina Kügler’s primary obsessions, given that a lot of her art includes a multiplicity of genitalia – a jungle of erect penises and open vulvas, along with much explosive ejaculation. The fact is that the rawness of her imagery reflects her raw honesty about the naked truths of human existence, gender identity, relationships between and among women and men, and the potency of the sexual act. She offers each of us the freedom to explore these dangerous places for ourselves.

The website for Martina Kügler’s work can be found here (in German).

The Venusberg Project has published a range of portfolios and studies of Kügler’s work; they can all be found at and purchased from the Venusberg website, which you will find here. 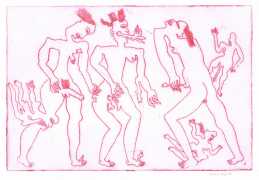 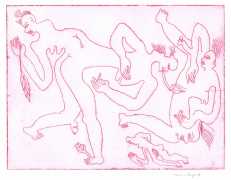 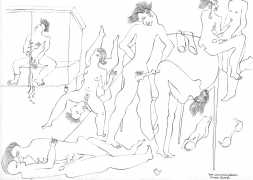 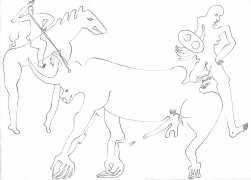 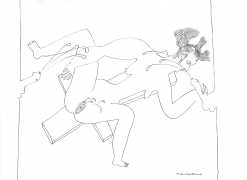 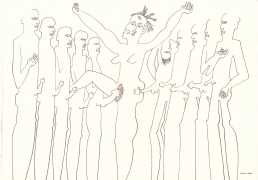 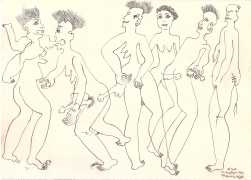 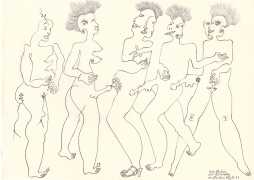 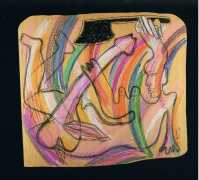 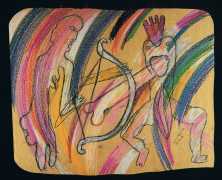 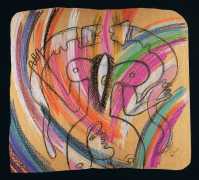 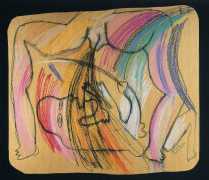 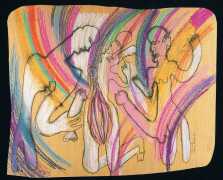 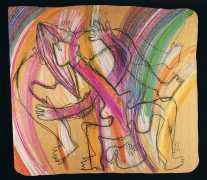 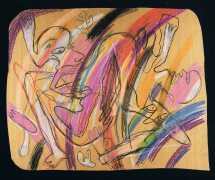 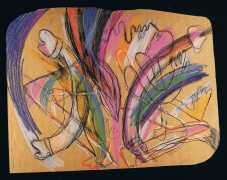 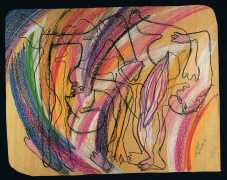 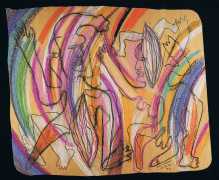 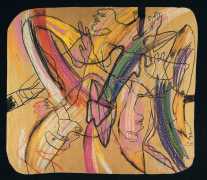 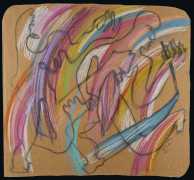