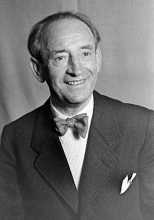 Hermann Max Pechstein grew up in Zwickau, the son of a craftsman who worked in a textile mill, and first worked as a decorator in Zwickau before enrolling at the Dresden Hochschule für Bildende Künste (School of Applied Arts) and then at the Königliche Kunstakademie  (Royal Art Academy), where he met the painter Otto Gussman and the architect Wilhelm Kreis. It was here, starting in 1902, that he became a pupil of Gussmann; a relationship that would last until 1906 when Pechstein met Erich Heckel and was invited to join the art group Die Brücke.

Pechstein, an active member until 1910, was the only member of Die Brücke to have received formal art training. In 1907 he traveled to Italy, and in 1908 spent time in Paris where he met Fauvist painter Kees van Dongen, who he persuaded to join Die Brücke. Later that year Pechstein moved to Berlin, a move that several fellow painters would make in the following three years. After being categorically rejected from exhibiting in the Berlin Secession in 1910, he helped to found and become chairman of the New Secession, and gained recognition for his decorative and colourful prints that were inspired by the art of Vincent van Gogh, Henri Matisse, and the Fauves. In 1911 he married Charlotte Kaprolat, from whom he separated in 1923 to marry Marta Möller; he had one son by each of his wives.

In 1912 Pechstein was expelled from the Berlin Secession for being too conventional, though his style clearly appealed to a wider audience. His paintings eventually became more primitivist, incorporating thick black lines and angular figures. At the breakout of World War I, Pechstein became interned in Japan and was then sent to Germany to fight on the Western Front in 1916. Despite his notably conservative stance and style, after the war Pechstein joined two radical socialist groups – the Arbeitsrat für Kunst and the November Group. In 1922 Pechstein became a professor at the Berlin Academy.

In 1933 Pechstein was banned by the Nazi regime from painting or exhibiting his art, and later that year was fired from his teaching position. A total of 326 of his paintings were removed from German museums, and sixteen of his works were displayed in the Entartete Kunst (Degenerate Art) exhibition of 1937. Pechstein went into seclusion in rural Pomerania. He was reinstated in 1945, and subsequently won numerous titles and awards for his work.

A good website dedicated to Pechstein and his work, in German but with some pages translated into English, can be found here. 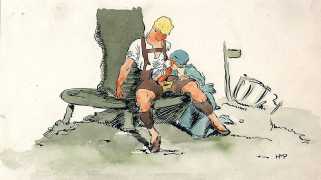 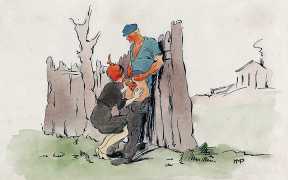 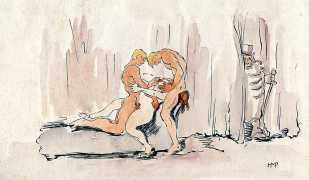 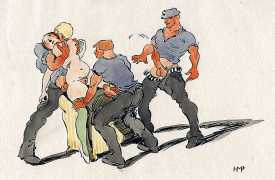 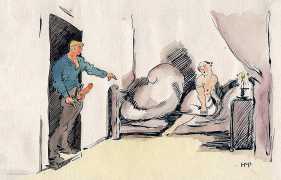 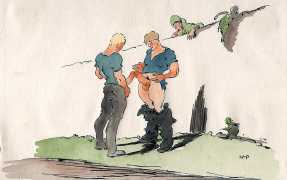 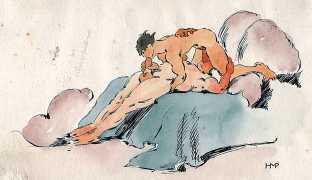 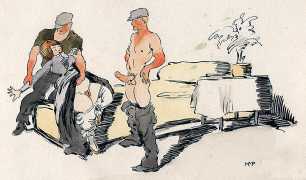 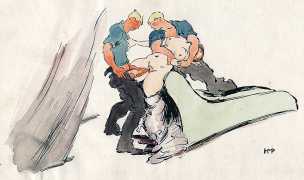 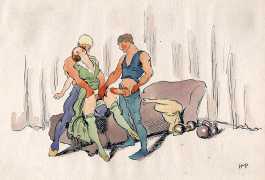