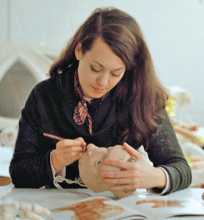 New York-based artist Monica Cook’s paintings have been variously described as ‘uncomfortably beautiful’, ‘eerily intense’, and ‘viscerally haunting’, realistic portraits of licentious scenes that leave you wondering ‘what the hell is going on here?’ Cook is a multi-talented artist, whose recent work has mostly been sculptural using a liberal mix of found and created objects in large three-dimensional tableaux; here we show some of two-dimensional art, mostly from her 2009 series ‘Seeded and Soiled’.

Monica Cook grew up in New York, and after studying with the Savannah College of Art and Design off-campus programme graduated with honours in 1998. She worked at Skowhegan School of Painting and Sculpture in Maine until 2012, and in 2018 was a fellow of the Urban Glass Studio in Brooklyn, where her studio is based. 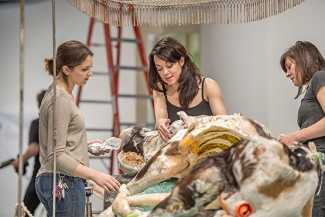 A grotesque quality runs through all the art of Monica Cook. Through the mediums of painting, illustration and sculpture, her art engages with shocking subject matters, regularly featuring a mixture of nudity and horror. She is not afraid of using dark and graphic visions of naked women being used and abused, prominent themes in her work being questioning our understanding and interpretation of issues like nurture, fragility and protection.

Monica Cook’s website can be found here, where you can see recent and archived work, and learn about her Brooklyn-based sculpture classes. 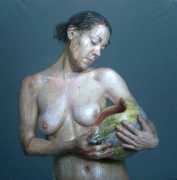 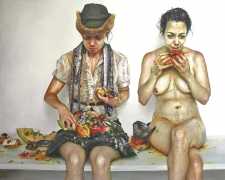 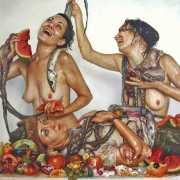 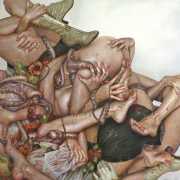 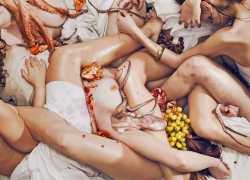 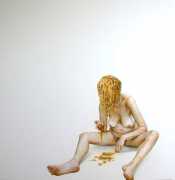 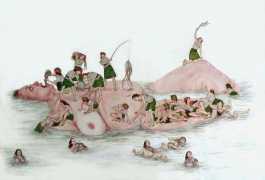 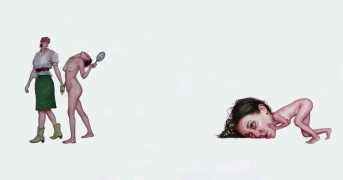 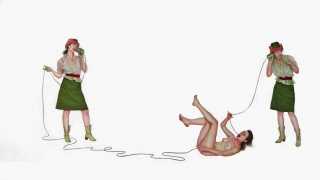 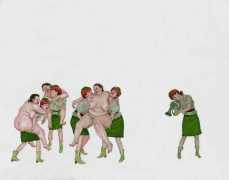 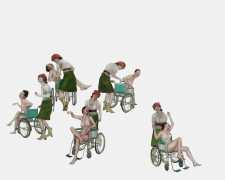 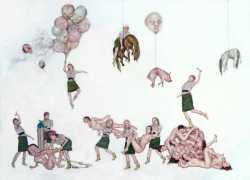