A self-taught artist apart from a few courses led by Manuel Robbe, the Parisian born and bred artist Paul-Louis Guilbert quickly became a popular painter of townscapes and landscapes. From 1925 he exhibited at the highly regarded and avant-garde Salon des Indépendants, of which he became a member of the jury. Guilbert was a romantic storyteller, and his paintings are detailed, expressive and convincing, using his trademark thick brushwork and impasto.

During the mid-1920s Guilbert travelled in Spain and Italy, from where he brought back witty and colourful harbour views and shore scenes to sell in his studio in rue Lecuirot.

Towards the end of the 1920s Guilbert started to be approached for book illustrations, starting with Georges Duhamel’s Vie des Martyrs (Life of the Martyrs) for Hachette. The upmarket publisher Georges Briffaut then commissioned the illustrations for La fille Élisa, and when that received glowing reviews requested illustrations for Maurice Larrouy’s Les vagabonds de la gloire (The Wanderers of Glory). Guilbert’s last book commissions were for Pierre Mac Orlan’s L’antre de miséricorde (The Lair of Mercy, Rombaldi, 1951) and Paul Vialar’s self-published La rose de la mer (The Rose of the Sea) in 1952. 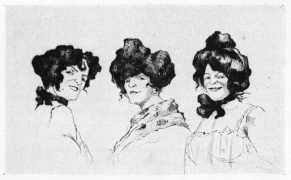 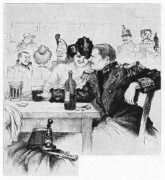 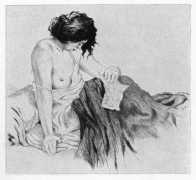