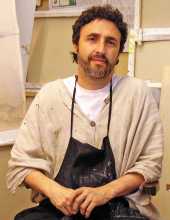 Colombian painter Rafael Dussan’s work has been likened to modern-day cave painting, as art critic Luz Adriana Hoyos explains, ‘to explore the infantile impulse to scratch the wall, draw bodies that move between one painting and another, creating a sequence that breaks the stillness of the painting and surrounds the observer as if they are in a dance.’

After graduating from Seminario Mayor de Bogotá, Dussan spent six years at the Universidad Javeriana studying theology and philosophy. In 1985 he began to teach art history, and to deepen his own art studies. Turning definitively towards art, he was appointed professor of art history in Bogotà and of drawing in Cartagena, then worked for a while in advertising and as a book illustrator. In 2003 he lived for several months in Milan teaching figure drawing, but now spends most of his time based in his studio in Santa Marta, Colombia.

Rafael Dussan has exhibited at solo exhibitions in Colombia, as well as Paris, Avignon, Florence, Milan and Bologna, and his work can be found in private collections around the world. His website is here. 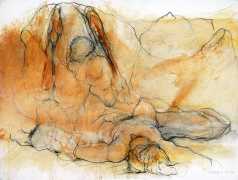 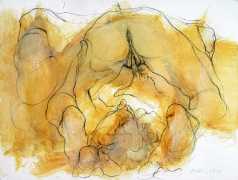 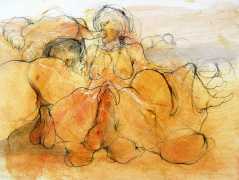 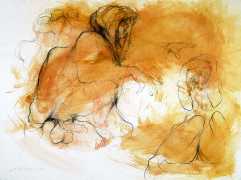 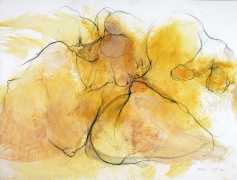 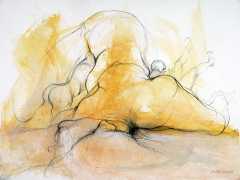 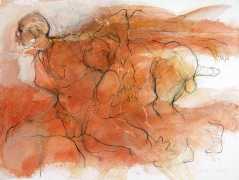 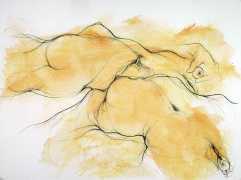 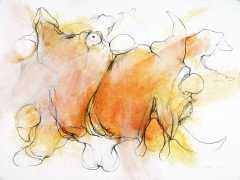