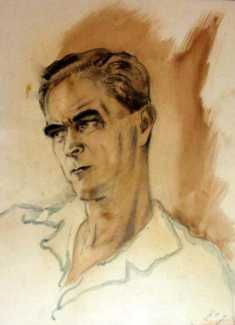 If it were not for a rather extraordinary illustrated edition of Pierre Louÿs’ Aphrodite, published by renowned Paris publisher René Bonnel in 1928, Serge Czerefkov (alias Serge Grès) would not appear here. It is, however, a remarkable edition, notable both for the completeness of Louÿs’ text and for the power of Czerefkov’s illustrations. For the full and fascinating details of this volume see the accompanying portfolio.

Serge Czerefkov grew up in Kiev and studied painting at the city’s School of Fine Arts. In 1921 he moved to Warsaw to study philosophy in Warsaw, then to Paris in 1924 where he lived by his art, showing his edgy works in private galleries and exhibiting at the Salon d’Automne.

In the mid-1920s he changed his name to Serge Grès, presumably to establish his French credentials, and in 1928 he met the up-and-coming costume designer Germaine Émilie Krebs, who was in the process of transforming herself from an art-school-trained sculptor to a high-class dressmaker. They were soon married and had a daughter called Anne; Germaine adopted the name Madame Grès, by which she would become known as one of the leading French couturiers of her generation.

Why Serge Grès left Paris, wife and infant daughter early in 1932, apparently very suddenly, is not known. His journey from France to the South Pacific, where he settled in Tahiti, took him some time, as is evidenced by the carnet de voyage he produced entitled Un tour du monde en 100 images. He made Tahiti his home for the rest of his life, making numerous paintings of local people, scenes and landscapes; he died in a car accident in 1970. 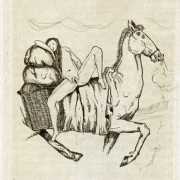 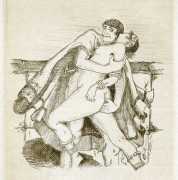 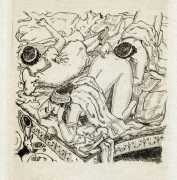 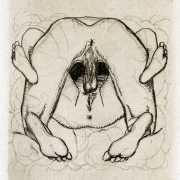 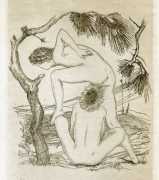 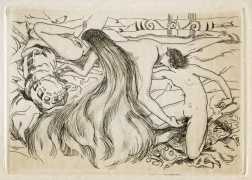 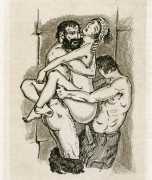 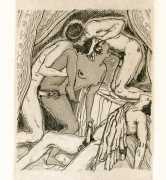