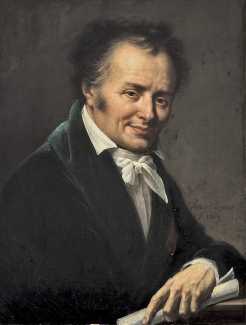 Dominique Vivant Denon, who grew up as the future Baron de Non on the family estate at Chalon-sur-Saône, was a versatile, intelligent scholar who managed to achieve what few did during the turbulent years of the French Revolution, to survive and thrive in multiple roles as artist, writer, diplomat, author and archaeologist.

When he was twenty he was sent to Paris to study law, but he showed a preference for art and literature, and in his twenty-third year he produced a very successful comedy, Le bon pére (The Good Father). He became a favourite of King Louis XV, who entrusted him with the collection and arrangement of a cabinet of medals and antique gems for Madame de Pompadour, and subsequently appointed him attaché to the French embassy at St Petersburg. On the accession of Louis XVI Denon was transferred to Sweden, but after a brief interval returned to Paris with the ambassador M de Vergennes, who had been appointed foreign minister. In 1775 Denon was sent on a special mission to Switzerland, and took the opportunity of visiting Voltaire at Ferney. He made a portrait of the philosopher, which was engraved and published on his return to Paris. His next diplomatic appointment was to Naples, where he spent seven years, first as secretary to the embassy and afterwards as chargé d'affaires. He devoted this period to a careful study of the monuments of ancient art, collecting and drawing many specimens. He also perfected the techniques of etching and mezzotinto engraving. The death in 1787 of his patron, de Vergennes, led to his recall, and the rest of his life was given mainly to artistic pursuits. On his return to Paris he was admitted as a member of the Académie Royale de Peinture et de Sculpture.

After the revolution he travelled widely in Egypt studying the archaeology of the region, following Napoleon’s Egyptian campaign of 1798–1801; his two-volume Voyage dans la basse et la haute Egypte (Journey in Lower and Upper Egypt) of 1802 is considered one of the foundations of modern Egyptology. In 1803 he was appointed by Napoleon as the first official director of the Louvre Museum in Paris, and is commemorated in the Denon Wing of the modern museum.

Denon never married or had children, but had a long-lasting and intimate relationship with the Venetian courtesan Isabella Teotochi Albrizzi (1760–1836), with whom he spent time when in Venice and conducted a regular correspondence when they were apart. In 1777 his novella, Point de lendemain (No Tomorrow), was published anonymously; a tale of an illicit one-night affair, it almost certainly includes autobiographical elements. 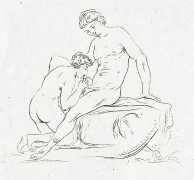 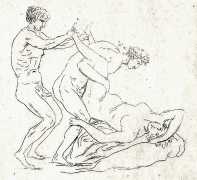 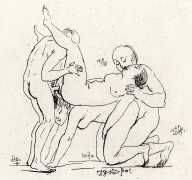 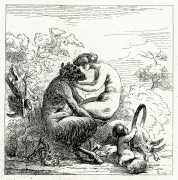 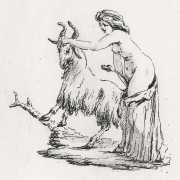 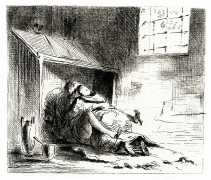 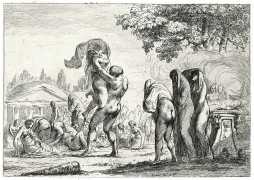 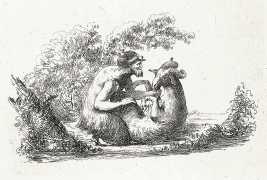 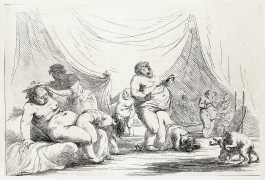 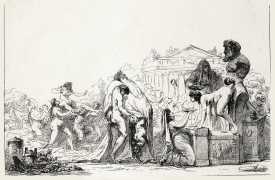 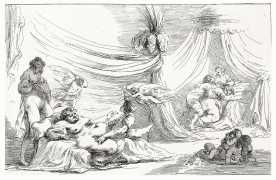 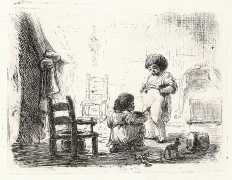 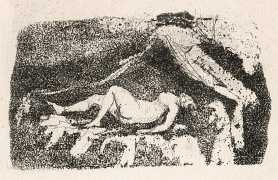 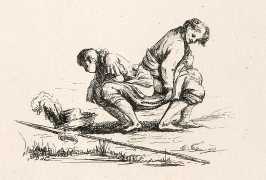 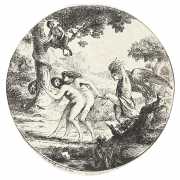