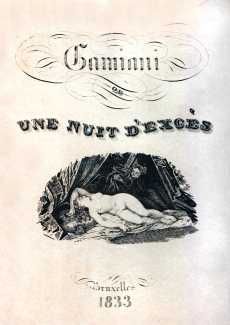 Devéria’s explicit coloured plates for the first edition of Gamiani were no doubt one reason for its initial and lasting success.