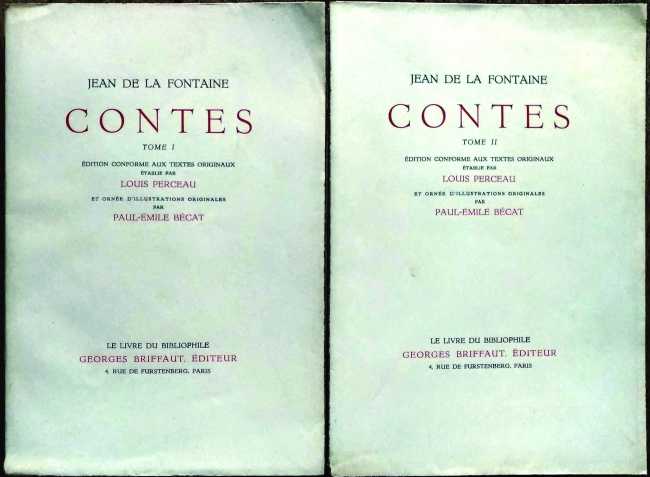 The commission by the prestigious Paris publishing house of George Briffaut for illustrations to a two-volume edition of Jean de La Fontaine’s best-known tales was probably the best possible starting point for Bécat’s career as a book illustrator. George Briffaut (1886–1973) had founded his business in 1908 with his brother Robert, and the company became synonymous with high-quality illustrated editions of both classics and modern literature.

The two-volume Contes was published in Briffaut’s series ‘Le Livre du Bibliophile’, Volume 1 in 1928 and Volume 2 in 1929.