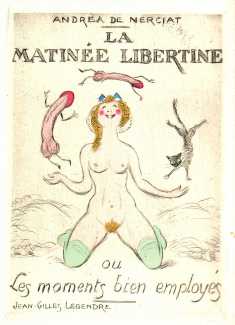 La matinée libertine was published in Paris in a limited numbered edition of 196 copies.