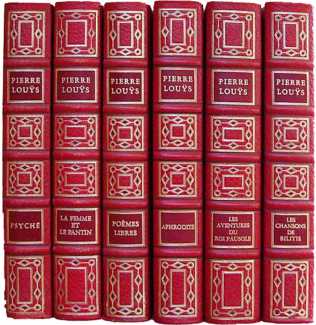 Amandine Doré brings real sensitivity and creativity to these illustrations for Louÿs’ pseudo-Greek lesbian romance, her imagination undimmed by being in her sixties, her drawing skills heightened, and her trademark colourful watercolour highlights used to full advantage.

The Editions de l’Ibis set of Louÿs’ works was issued in a limited edition of 1572 numbered sets.