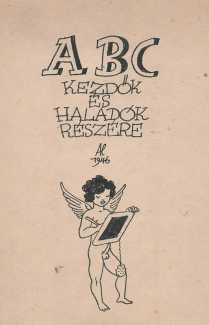 The copulating characters are neatly drawn with Székely’s usual brand of humour and variety.

Of the standard 26 letters in the English alphabet, Hungarian uses 22; Q, W, X and Y are used only in words of foreign origin. This helps explain why the W is missing!