The German illustrator Erika Plehn takes her place here as the creator of a couple of wonderfully vivid erotic sequences she made in her early twenties, shortly before marrying a priest and settling down to a more apparently conventional, and we hope satisfied, life. She was born Erika Pinkus in the city of Breslau (now the Polish city of Wrocław), and studied art in Berlin. We know nothing of her personal life beyond the fact that she married Gerhard Plehn (1908–87) some time around 1930, and from 1937 to 1945 they lived in the north German village of Gross Engelau before returning to Berlin. As far as we can tell they had no children. 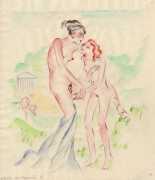 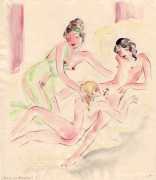 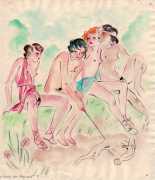