The German artist Fritz Janowski was born in Uckermark in the north-eastern part of Brandenburg near the Polish border. In 1891 he moved with his family to Berlin, where he studied at the Akademie der Künste (Academy of Arts) from 1902 to 1907.

Very little of his work has survived, but from what we know he was an accomplished painter and engraver. His work was exhibited at the Grosse Berliner Kunstausstellung in 1914, and after the First World War in the Internationale Ausstellung für Buchgewerbe und Graphik in 1924. In 1910 he produced a portfolio of etchings to commemorate the centenary of the publication of Goethe’s Das Karlsbader Tagebuch (The Karlsbad Diary). 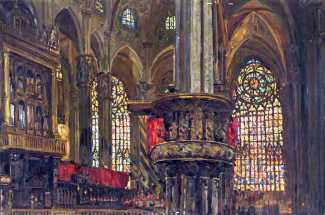 He painted mostly landscapes and interiors; this painting of the interior of the Cathedral in Milan from the mid-1920s suggests that he travelled widely in southern Europe. 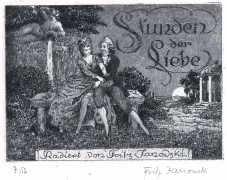 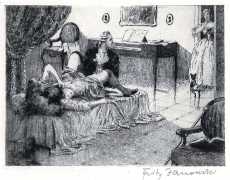 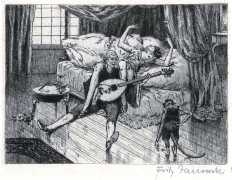 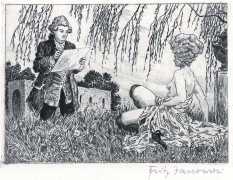 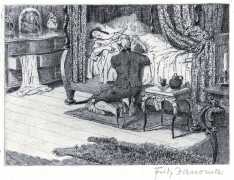 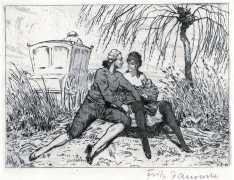 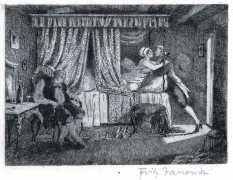 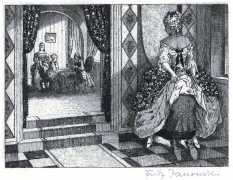 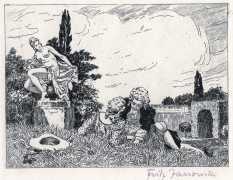 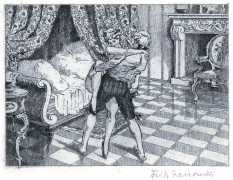 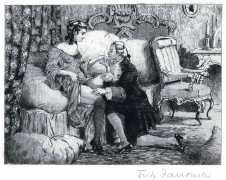 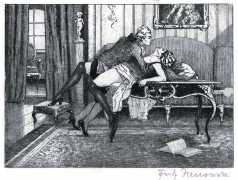 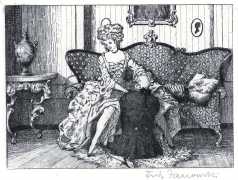