Mariette Ronsperger was born and grew up in Baden, near Vienna, where she received a broad education including painting and French lessons, but though she continued drawing and painting all her life she had no formal art education. When she was 23 she met and married the Greek tennis professional Jean Lydis, and though they separated three years later she kept his name for the rest of her professional career.

In 1925 she met the Italian writer Massimo Bontempelli, who introduced her to the influential French novelist Henry de Montherlant; he in turn was her introduction to the vibrant artistic scene in Paris, where she settled permanently in 1926. Montherlant was to remain a close friend and champion of her work for many years, and wrote a glowing introduction to a portfolio of her work in 1949. She illustrated his novel Les jeunes filles (1943), though compared with some of her more daring work her paintings of little girls are saccharine and pedestrian.

Once she arrived in Paris she lived from selling her prints, including the daring lesbian portfolio Lesbiennes, but it was getting to know the influential and well-connected publisher of Éditions Govone and Presses de l’Hôtel de Sagonne, Giuseppe Govone, that cemented her reputation as an illustrator. In conjunction with Govone, who she married in August 1934, she illustrated de luxe editions of Boccaccio, Pierre Louÿs, Charles Baudelaire, Octave Mirbeau, Paul Valéry, Paul Verlaine, Jules Supervielle and Joseph Delteil.

One of Giuseppe Govone’s editors was Erica Marx, the daughter of the English book and art collector Hermann Marx; Mariette and Erika became firm friends (and almost certainly lovers), and when in late 1939 it became clear that Parisian Jews were at risk if they stayed in France, the two women travelled to England to stay with friends of the Marx family in the Cotswold town of Winchcombe. In July 1940 she decided to travel to Argentina, where Guiseppe Govone joined her; they lived and worked in Buenos Aires until 1948, when they returned to Paris. Guiseppe died very soon afterwards, and Mariette decided to return to Buenos Aires, where she lived for the rest of her life, teaching art and painting portraits and scenes of Argentinian life. She kept in touch with her French friends and publishers, but never returned; she left her archive to the Museo Sívori in Buenos Aires. 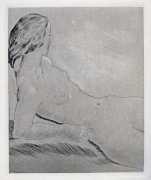 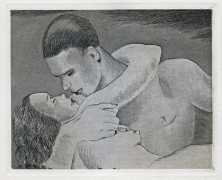 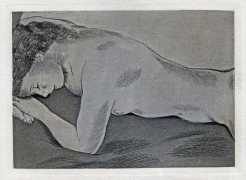 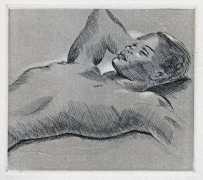 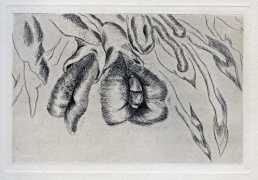 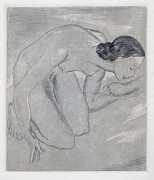 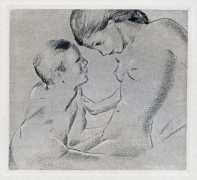